How to Level Up Your Fantasy Season

As fantasy football officially kicks off with its first full weekend of drafts, I thought it might be helpful to share some tips on how your league can level up this season. 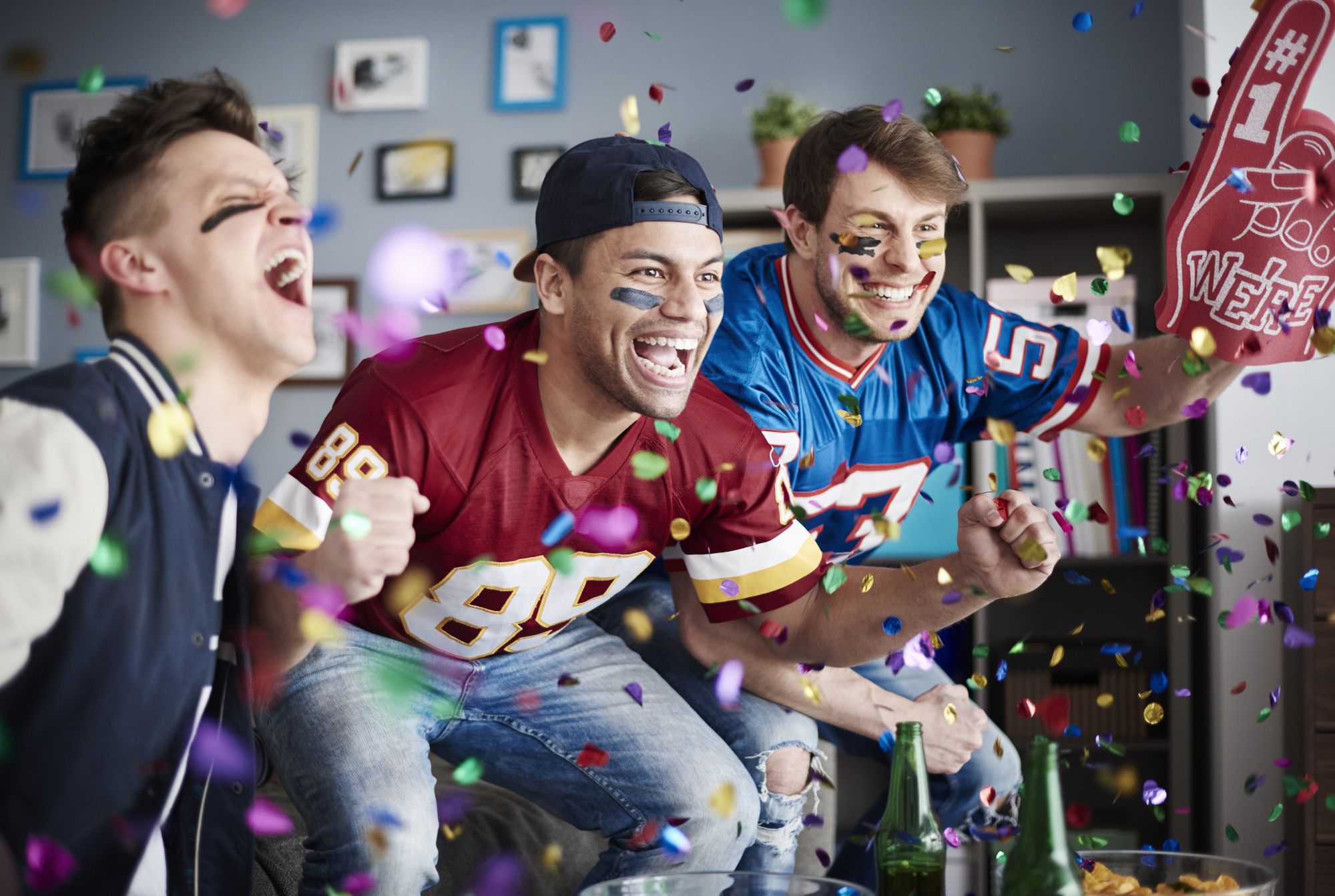 Many people say that the fantasy draft is the best part of the season — and for good reason. It's the only time all teams have an equal shot at winning a championship. So in order to start your season off on the right foot, it is essential that you kick things off with a great draft.

Switch Up the Routine

If you’ve been in the same fantasy league for a while, you’ll know that running the same old draft routine can get a little stale. Break out of your habits by adding in a new twist. For example, if your league has always been a snake draft league, try out an auction draft. Challenge yourself to become the best fantasy GM by getting maximum value out of your salary cap.

If auction drafts aren't your style, how about switching to a keeper league? In a keeper league, teams carry over their favorite players from last season to this season, securing them onto their roster before the draft even begins. Make sure to put in the necessary restrictions, though, as it is common to limit which players can qualify to be a keeper (e.g. only players drafted after the third round).

Don’t be afraid to add in a new wrinkle to the draft process. Even small changes can help supercharge your draft. 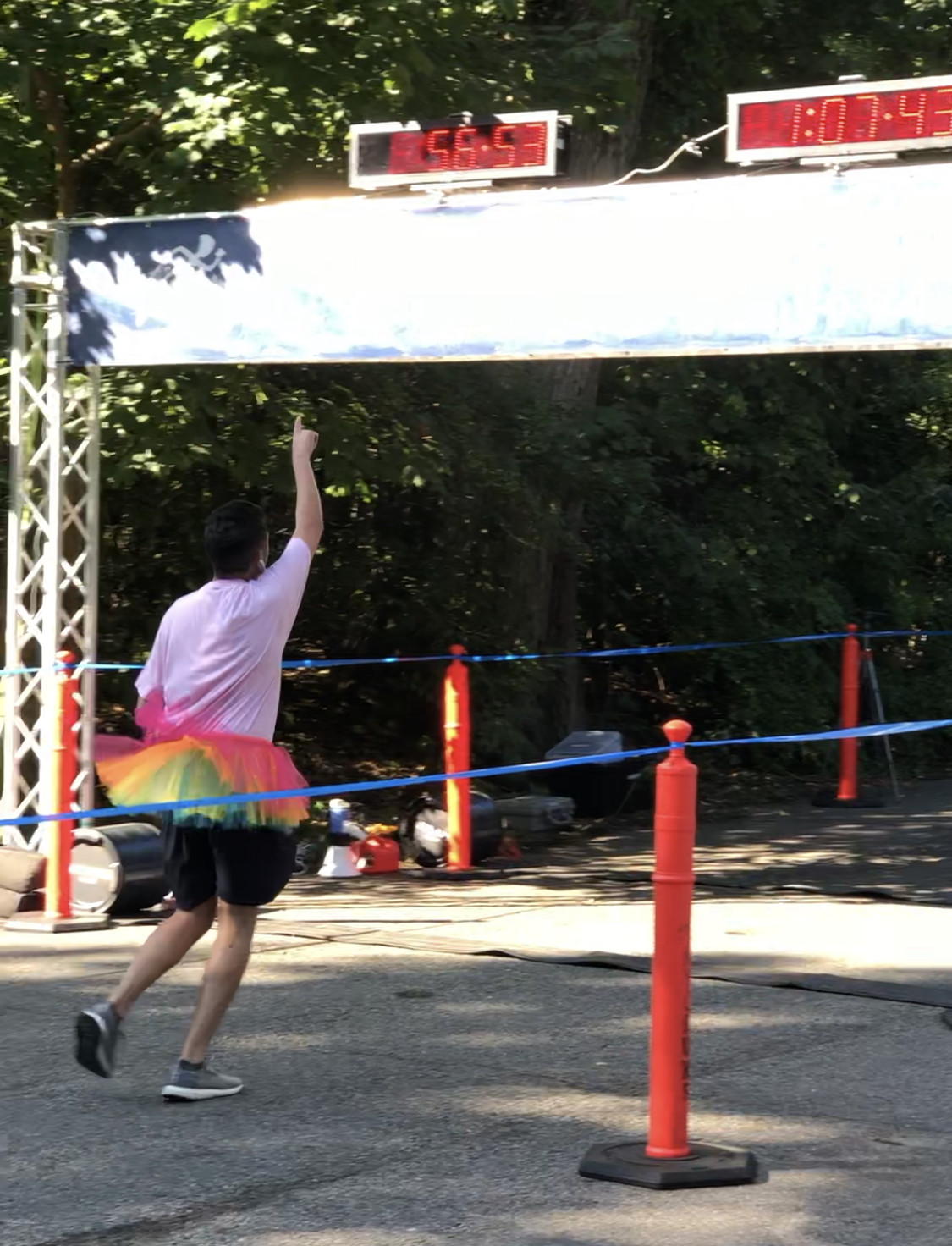 Know what the secret is to keeping everyone engaged throughout the season? A mandated punishment for coming in last place. As the fantasy season progresses and it becomes obvious the bottom few teams can't win a title, it's only natural for them to divert their attention away from fantasy football. That’s where the loser penalty comes into play. Now, even teams out of playoff contention will need to remain focused to avoid coming in last.

The trick to coming up with a good penalty is to make sure that the punishment is embarrassing, but not too painful; after all, you may be the one who has to suffer its consequences! While there are certainly some leagues which go above and beyond with their punishments (Matthew Berry’s tattoo league comes to mind), it is important to make sure penalties are lenient enough so teams won’t be dissuaded from rejoining in the future.

Get creative with your punishments. Two of my favorites include 1) having the loser run a 10K in a tutu in under an hour and 2) requiring the loser register for and take the SAT. And speaking from personal experience, the last thing an adult wants to do is relive high school standardized testing! 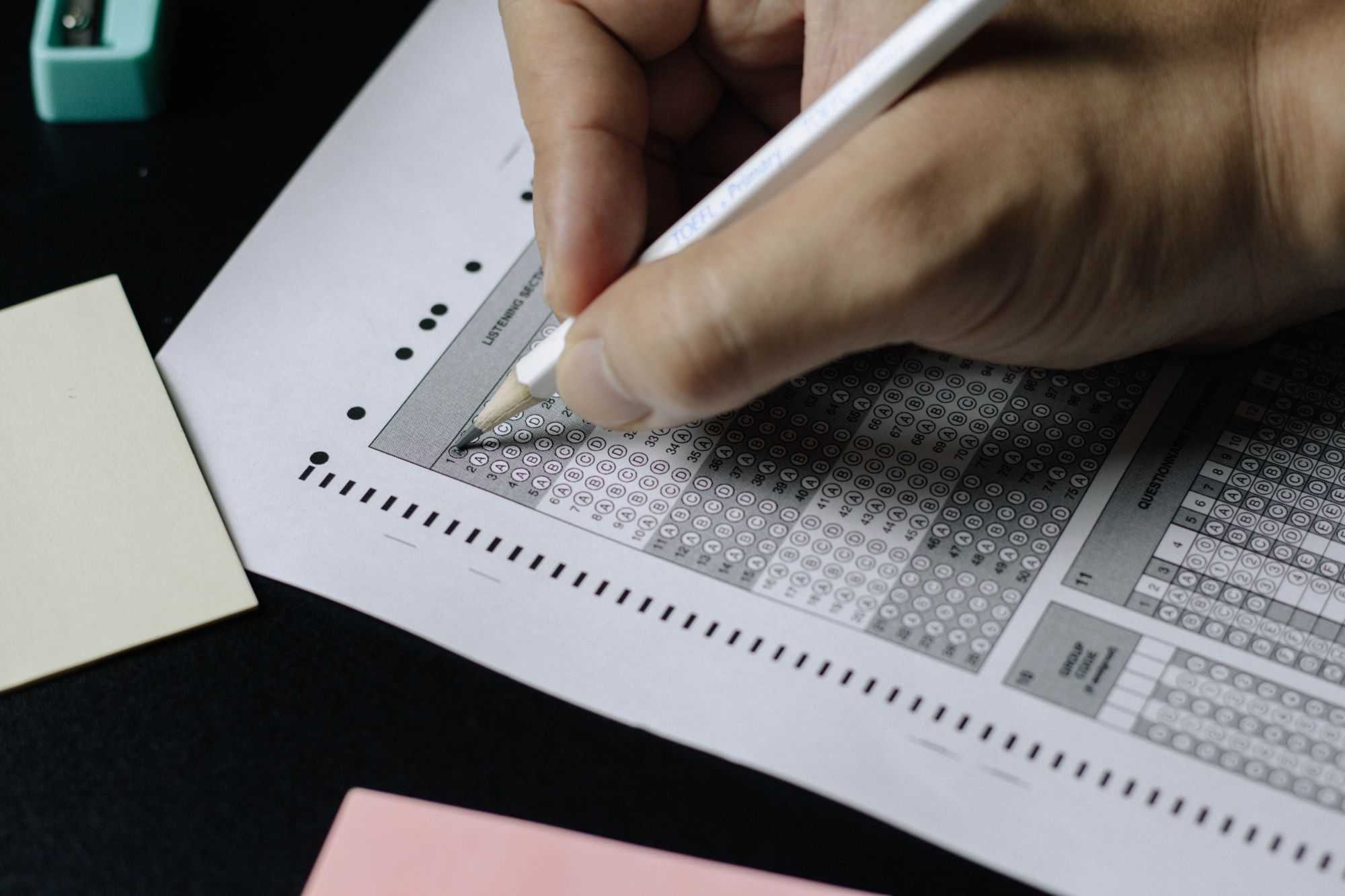 I think we can all agree that we’ve been in front of our webcams a little too often lately. Log off Zoom and gather the whole fantasy league together to host your own live draft party. Ask league members to chip in a few bucks for pizza and snacks, and you’re well on your way to a memorable fantasy draft. Got a TV? Project your own custom made draft board onto the big screen with LiveDraftX. 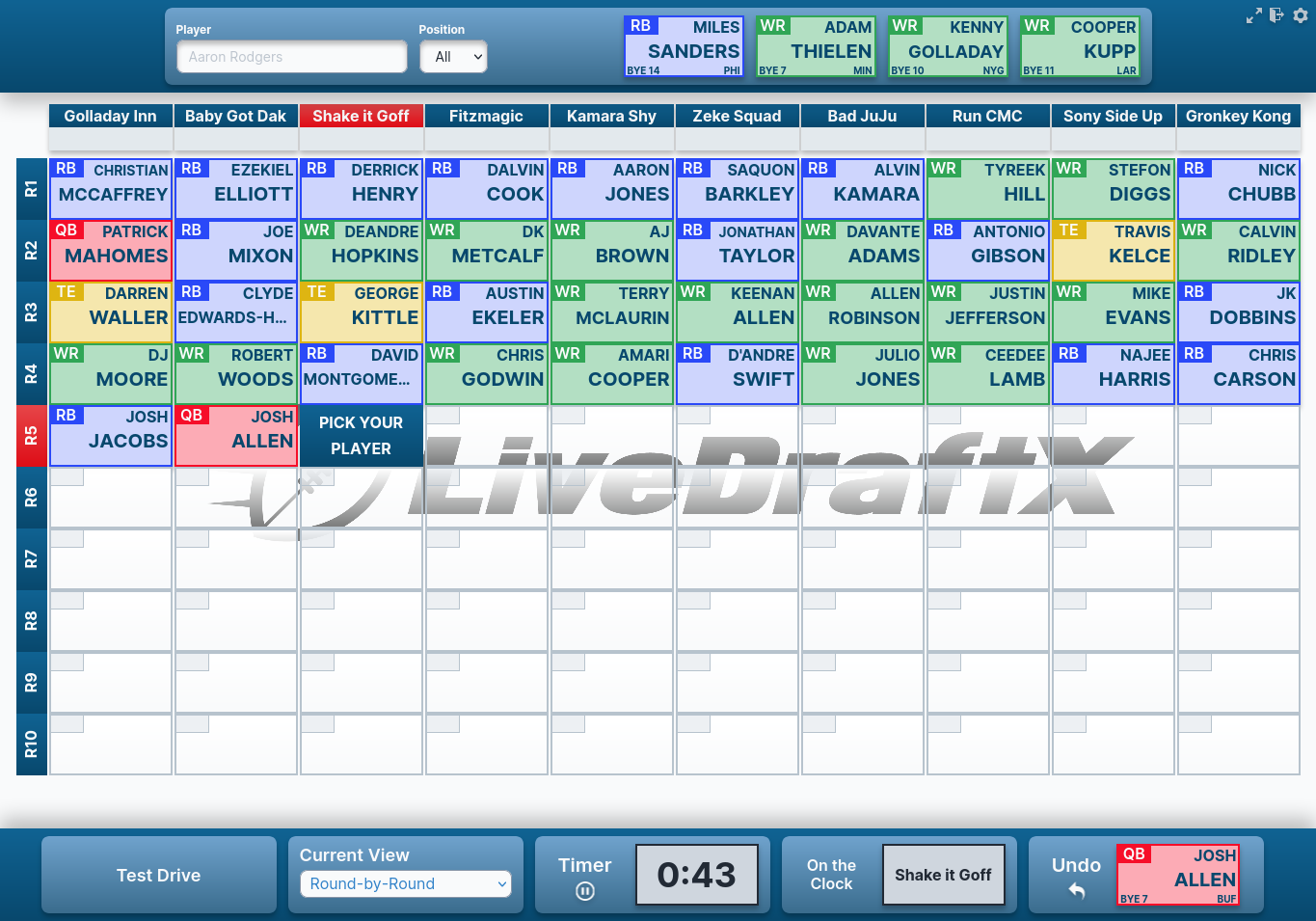 If your league has the resources, turn the draft into a vacation by making it a destination draft. Rent out an Airbnb and hold your league’s fantasy draft in Hawaii, Las Vegas, or anywhere else you’d like to be. Nothing builds league camaraderie like traveling together. 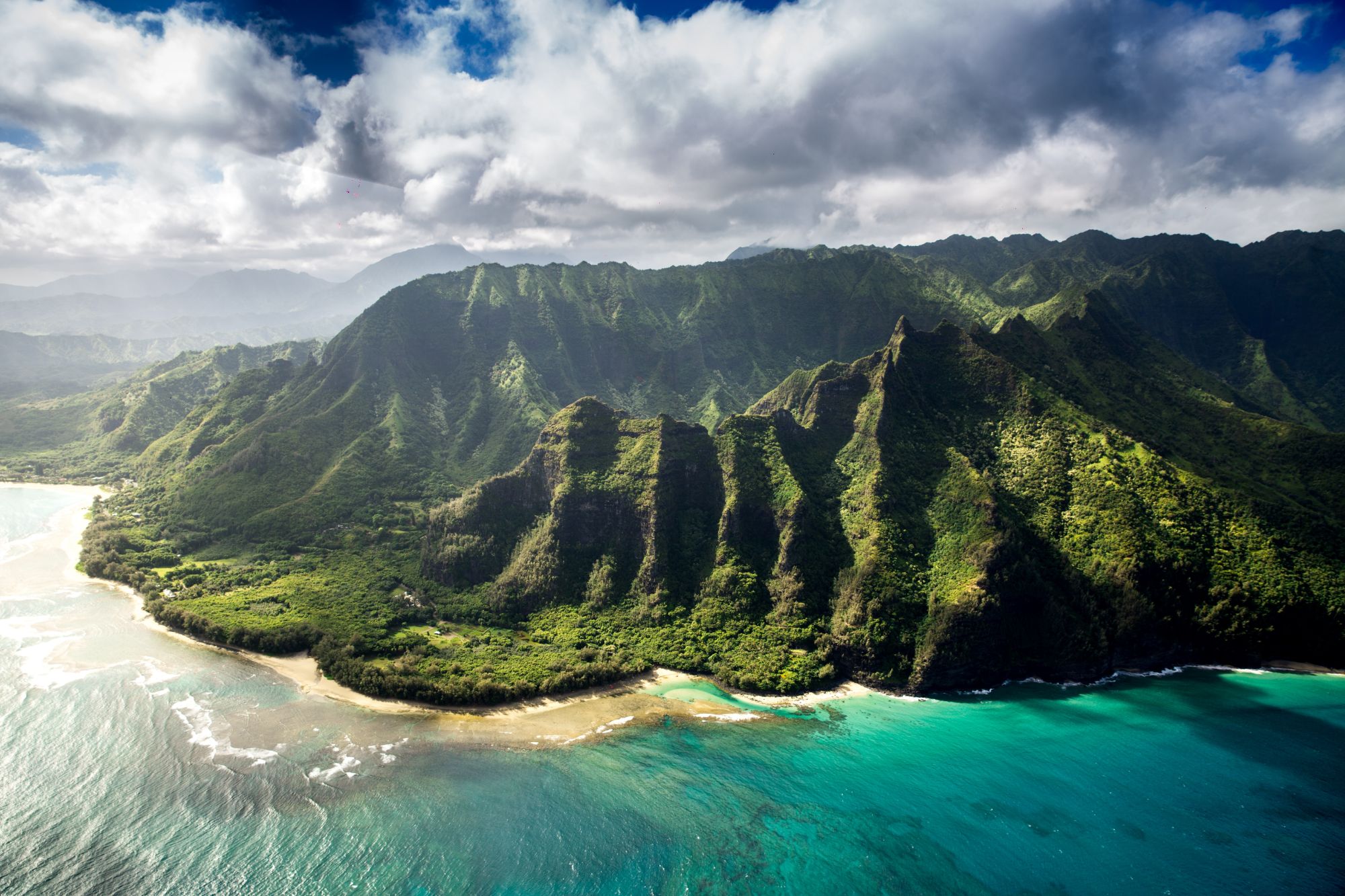 Once the draft is over, it’s important to keep everyone engaged throughout the regular season, so here are a few suggestions to help maintain everyone’s enthusiasm. 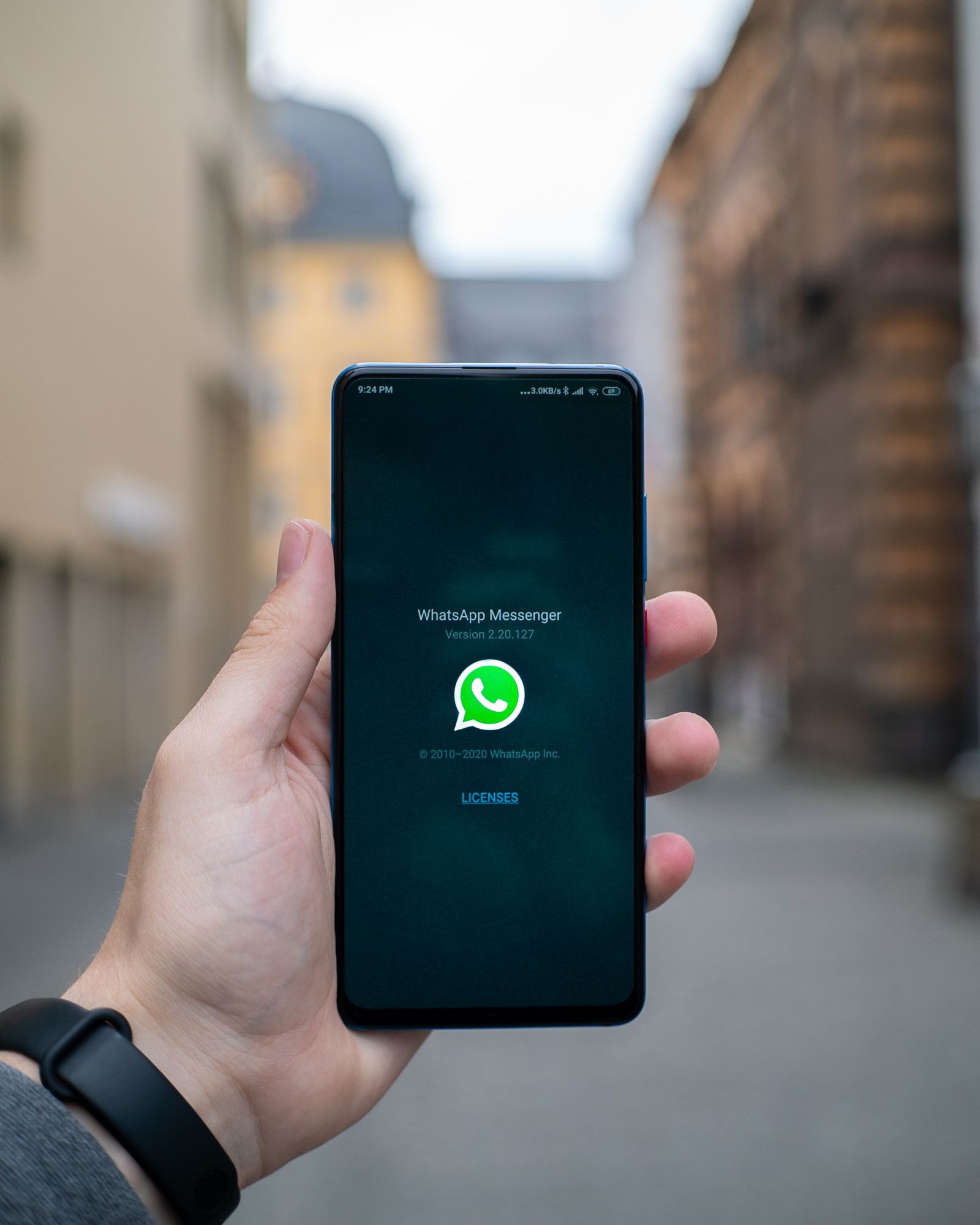 What’s sweeter than trash talking your opponent after a victory? Having your whole fantasy league join in on the fun. By creating a group chat, you’ll encourage cross-league communication and provide a digital water cooler for people to discuss the latest events in your league or the NFL.

Nowadays, there are a ton of group chat platforms to choose from and selecting the best one may come down to what's most popular in your league. WhatsApp, Facebook Messenger, GroupMe, and Instagram all have group chat functionality. The most important thing is to just start.

Sending out a weekly recap is a great way to keep all league members informed and involved throughout the season. Ask your league’s commissioner if they’d be willing to go over weekly fantasy MVPs, discuss playoff seedings, and summarize what transpired the previous week. If writing the recap is too burdensome for one person, rotate the responsibility among all league members so that everyone has a chance to write from their perspective.

For stats nerds, the recap is also a great opportunity to do some analysis and really dive into how teams are performing. For example, you can include a graph showing every team’s playoff ranking through the weeks or a chart comparing how teams performed against their projected point totals. 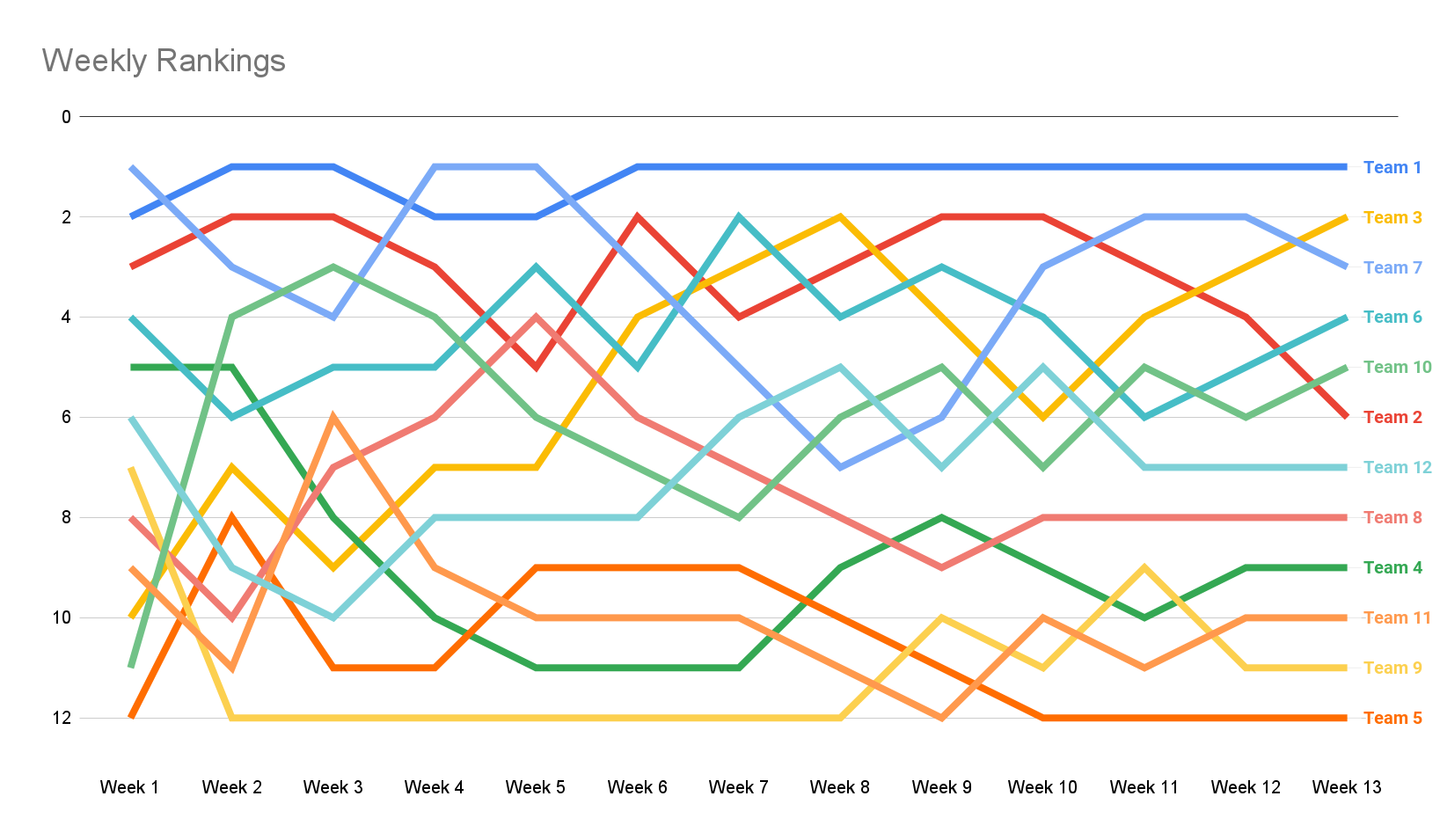 The more effort you put into these recaps, the more entertained and engaged league members will be.

Another way to keep everyone interested is to reward small cash prizes for a rotating set of weekly category winners. For example, one week you may reward the team with the most points scored by a kicker, and in another week, reward the team who won their matchup by the closest margin. Get creative with your weekly categories, like giving the cash prize to the team who started the highest scoring player picked up off the waiver wire.

It’s important to make sure that all teams are able to compete equally every week, since categories that skew towards the top of the rankings (e.g. rewarding the highest point total for the week) will discourage underperforming teams from participating. 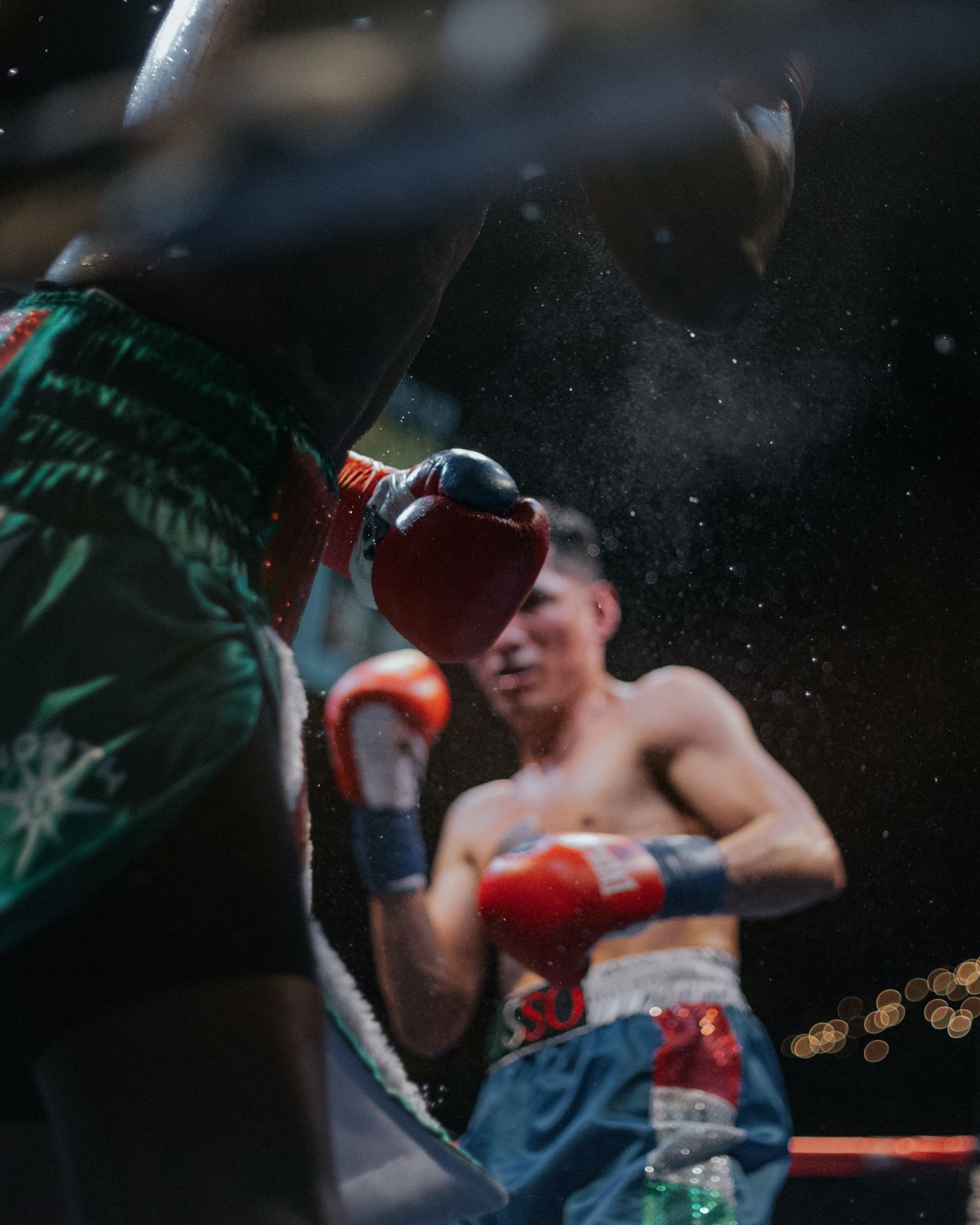 For some people, it’s not enough to see their team win their own matchup — they also have to see certain other teams lose theirs. For those of you who are wired this way, Rivalry Week could be a welcome addition to your fantasy league. To kick off a successful Rivalry Week, set up the schedule so that matchups for a specific week (e.g. Week 8) are fixed. Then, add extra incentives for winners that week. This can mean that the loser has to pay the winner a small fee or have to endure some type of penalty.

Once the rules are set, it all comes down to picking the best matchups. For fantasy leagues with a close knit group of friends, certain pairings for Rivalry Week may be more obvious than others. If you’re having trouble coming up with matchups, lean on history and group together teams who’ve had contentious fantasy battles in the past. It’s all about creating the matchups with the most animosity and combining them all into one action packed week.

In order to cap off a successful fantasy season, it’s important to end on a high note. Here are some final pieces of advice on how to wrap up an epic season. 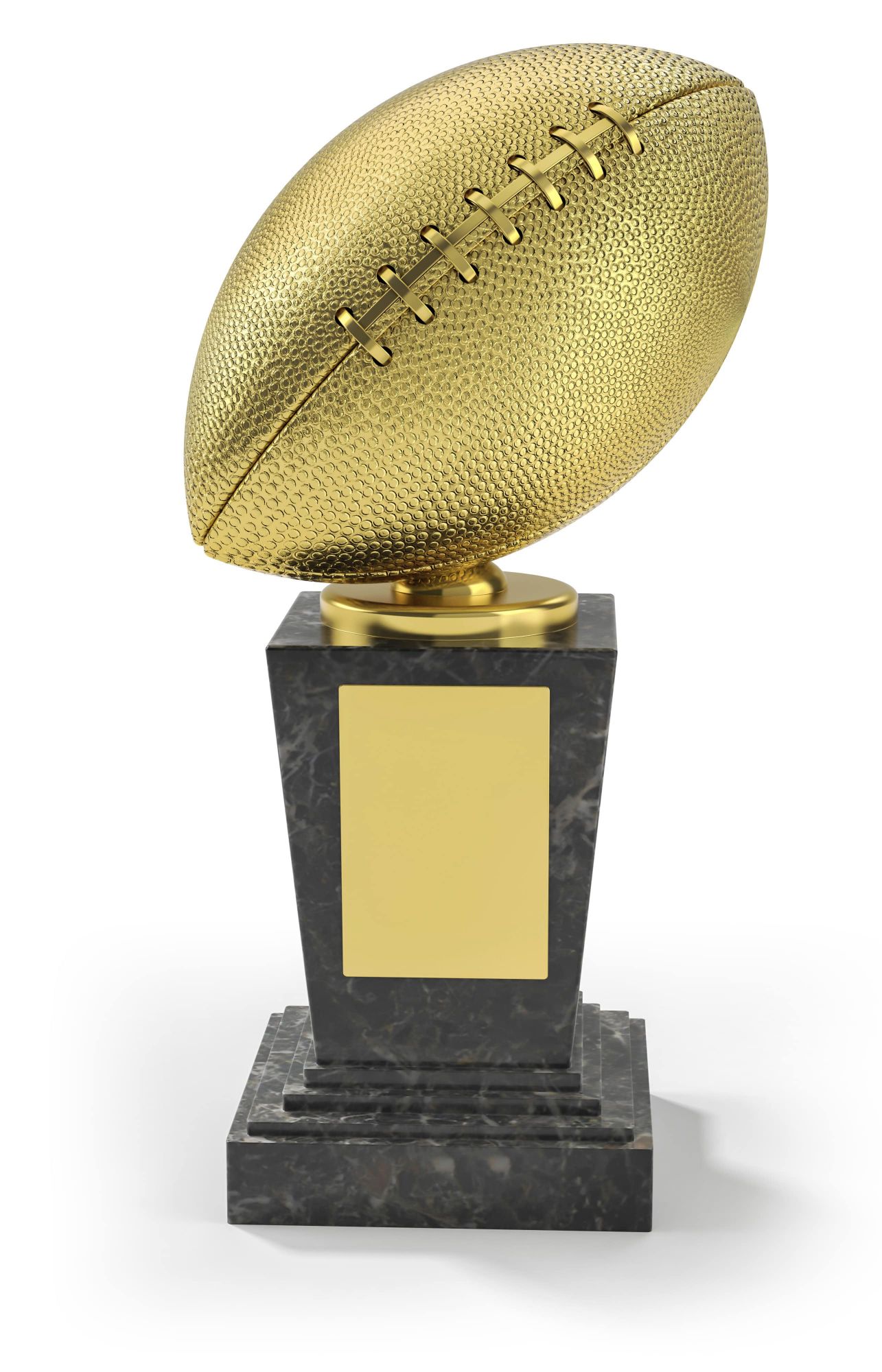 The only proper way to crown a fantasy champion is with an actual crown or trophy. Nowadays, it’s not hard to find a store or website that’s dedicated to making customized trophies, rings, or belts. Ask your fantasy league to chip in and purchase your own custom keepsake which you can pass on to the winner every year. I guarantee you that whichever team is fortunate enough to win a championship will feel like they’ve received their own personal Lombardi Trophy.

Of course, celebrating the winner is only half as fun as humiliating the loser. Many of the same places which sell winner’s trophies will also have a section for loser’s trophies. These can come in all shapes and sizes, including toilet bowls, plungers, and embarrassing license plates.

Just remember that when it comes to trophies, it’s all about maximizing the thrill of victory and the agony of defeat. 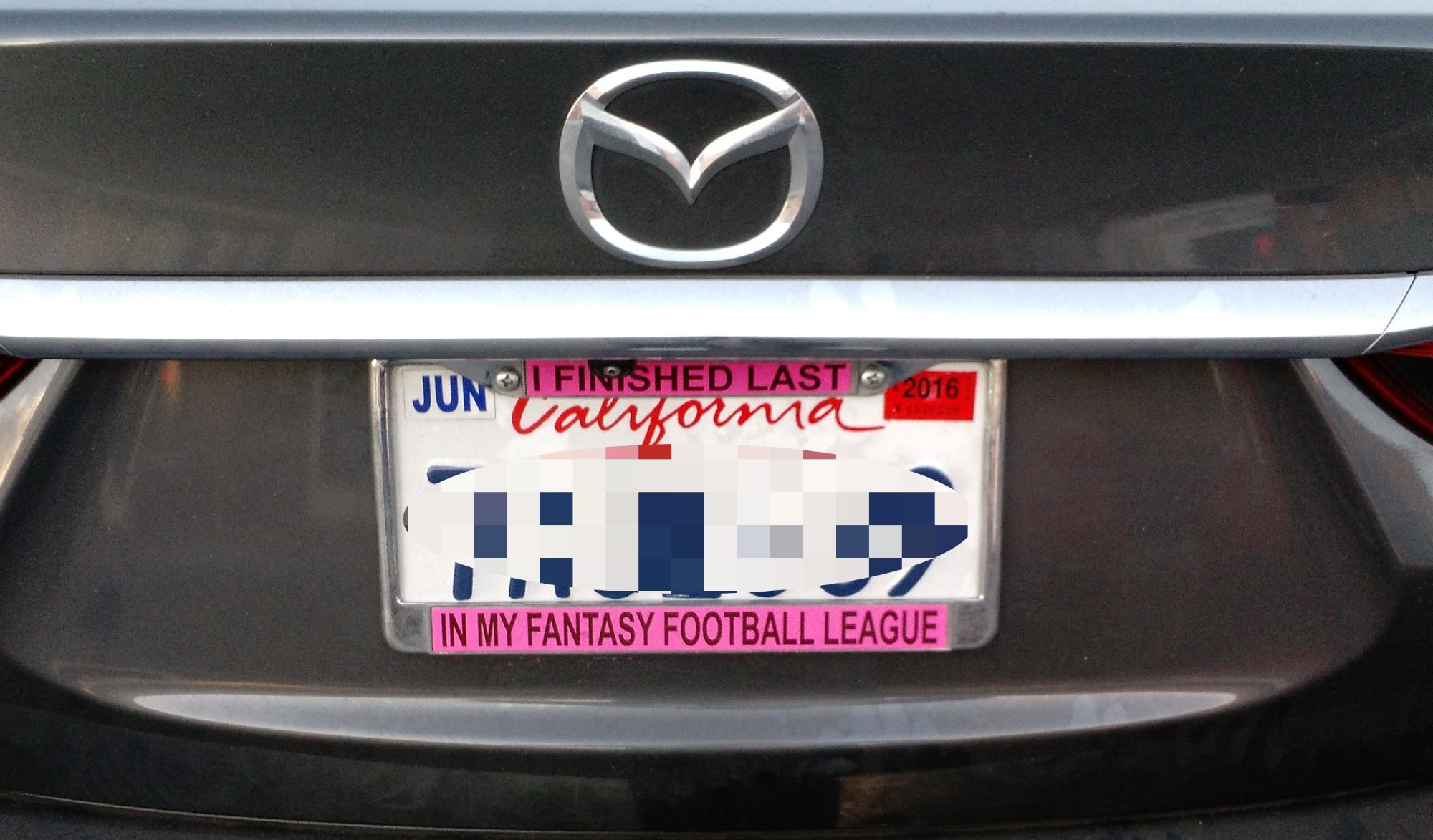 It’s customary for sports teams who’ve completed their season to wrap things up at a banquet. So why should a fantasy league be any different? Banquets are a great excuse for everyone to get together and enjoy themselves after competing on the fantasy gridiron. It’s also a good time to hand off winner and loser trophies. Feeling fancy? Reserve a table at a nice restaurant and have people come dressed in their finest attire. The most important thing is for everyone to enjoy themselves and to celebrate the end of a successful fantasy season. 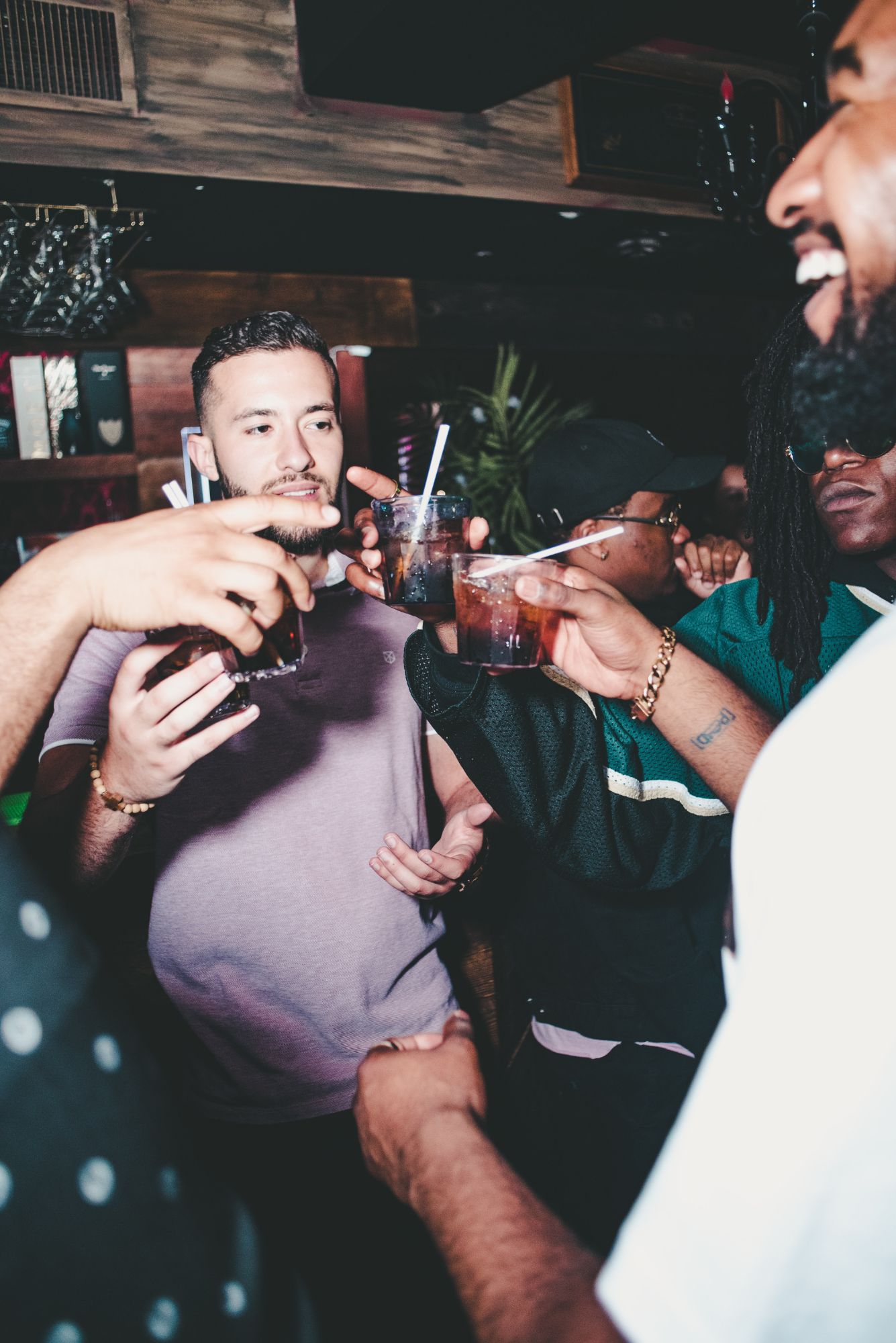